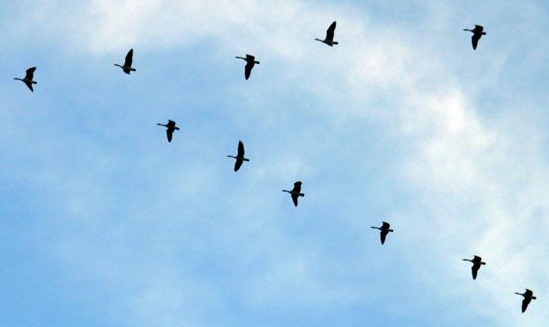 In previous posts, I’ve discussed that the downward trend in new SIS implementations. We’ve also examined how the institutions that are implementing new SIS products are largely moving to cloud-based systems.  In this post, lets dig in to see Who these early adopters of cloud SIS?”.

We’ve been working with LISTedTECH for data for our analysis.  The data clearly show that smaller institutions, especially very small institutions with enrollments less than 2000, have been the earliest adopters of cloud (and hosted) SIS products. The trend is ongoing and started with early hosting agreements as far back as 2009.

You’ll notice that the trend is evident for larger institutions as well, although a bit delayed.  The total number of SIS installs in larger schools is small – barely a handful of new implementations in 2017 and 2018.  Given that, we’ll focus the rest of this column on small schools. 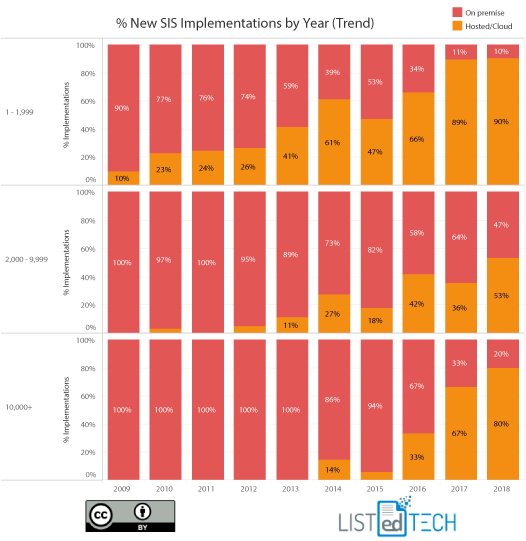 Why would smaller schools be early adopters?  Reasons vary by institutions, but here are many of the reasons that we have heard from our clients:

In an upcoming post, I’ll explore the financial considerations that drive a portion of the trend of cloud-based computing in higher education.