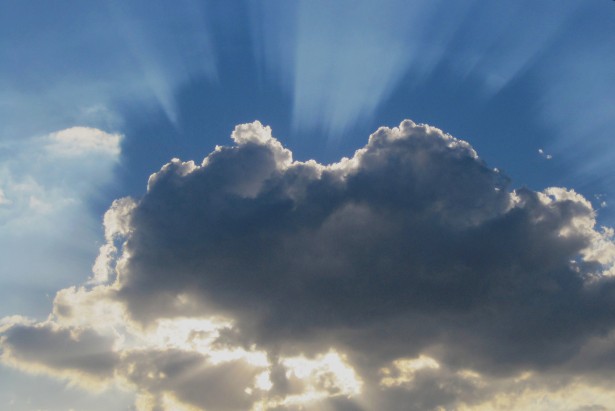 I decided to play Don Quixote and try to define cloud computing… it probably won’t work, but I’m gonna try!

A few times a month, I find myself talking with a campus CIO who says “A board member says we have to move to the Cloud right away.” I say “Do they know what that means? Do you know if its affordable?” Generally, they say “No”, to which I reply “Move email to Google or Microsoft and tell them that it’s your first step. That’ll give you some time to figure out what the heck to do next!”

After working in technology and higher education for the past 40+ years, I’ve gotten pretty jaded about the ability of marketing people to take pretty straight forward technical concepts and twist them to mean something entirely different. To coin the old saying ‘They have no respect for a man who can define a word only one way.’ (NOTE: Apparently the original saying wasn’t really by Mark Twain… sad.)

There is only one real truth in technology: marketing campaigns often lie. Period. That’s a strong word, but it fits. For example: saying a vendor has a ‘cloud solution’ is a meaningless statement.

This has been a problem for technology going back at least 60 years. A simple and clear concept gets completely muddled. When the confusion starts to fade, just rename it and we’ll start all over again! Let me give an example:

Back in the 1980’s and 90’s, there was another popular concept that overran the intelligence of many otherwise smart people: this concept was called outsourcing.

Outsourcing basically meant this: move your mainframe (server) processing to a remote data center running lots of other customers’ workloads and manage it with highly skilled specialists who cost-effectively take over a lot of the work that your staff does. Oh yeah, they’d manage your software package and applications development too. And, if you want, they could take over user support. And you save LOTS OF MONEY!!! The leaders in this idea included: EDS, Perot Systems, Unisys, IBM and others.

Doesn’t a lot of this sound familiar with many recent cloud conversations you’ve had?

What happened to outsourcing? Many organizations moved their workload there, but in the light of day, the benefits rarely materialized, and the costs always far exceeded estimates.

When the outsourcing concept started to become clear, there was a totally new technology ‘leap’ in the mid/late 1990’s: hosting! Hosting meant that you’d move your server processing to a remote data center running lots of other customers’ workloads and manage it with highly skilled specialists who cost-effectively take over a lot of the work that your staff does. And you save LOTS OF MONEY!!!

And today we have “the cloud!”, which is the latest generation of remote computing that follows in the footsteps of timesharing, outsourcing, and hosting. The technology has gotten much better with each generation, but a lot of the hype and common benefits keeps getting repeated.

As we look across higher education today, we can see living vestiges of each of these generations of thinking: we have outsourcing (think of Collegis / Sungard Managed Services / Ellucian Managed Services); hosting (think of the University of California’s, CUNY’s and California State’s hosted ERP systems), and finally cloud (you’re supposed to think about EVERYONE!)

Who doesn’t have a ‘cloud’ solution today? I posit that every on-premise, outsourced and hosted environment was suddenly transformed to ‘cloud’ by a few clicks of a marketing person’s keyboard, not by some major technology leap or investment.

So here are a few tests that will help you figure out what a vendor is selling to you:

By the way, let me be very clear: There is nothing wrong with hosted environments! There are many hosted schools who are very happy. But most of these aren’t really ‘cloud’.

In summary, here are a few questions that you should consider when “move to the cloud” comes up:

+ Runs in a completely virtualized environment that can easily move workload from machine to machine and isn’t assigned to run on any specific hardware boxes; and

+ The environment is controlled mostly by scripts that allow you to dynamically add and remove additional servers (‘auto-scale’) in minutes, as your workload changes.

Then look them in the eye and ask, “Does it?”